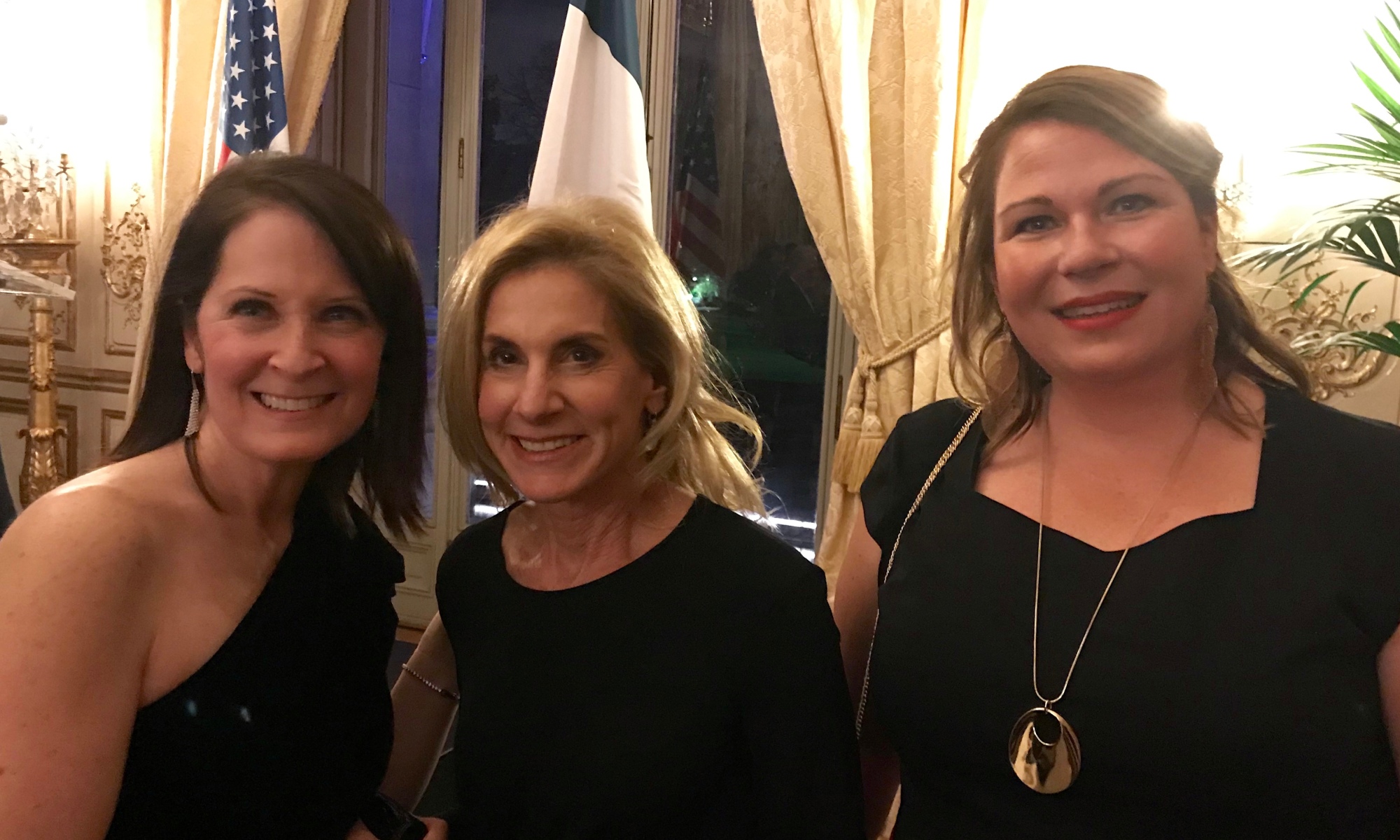 We are pleased to report on the invitation to meet and greet our new, and quite fabulous, American Ambassador to the French Republic and the Principality of Monaco, Ms. Jamie McCourt.

The US Embassy held a reception for Ambassador McCourt in Paris last week and we were honored to be among the invited guests. Ambassador McCourt spoke of spending time in France during her younger years where she attended both La Sorbonne and SciencesPo in Aix-en-Provence in the South of France. Not only did she speak excellent French, she did so with poise and grace, making her another fantastic nomination of President Trump.

She is the former co-owner of the famous LA Dodgers baseball team and has multiple entrepreneurial endeavors; though, we found her emphasis on the admiration and pride for her four children, all boys, to be particularly touching. Her website,  http://www.jamiemccourt.com, portrays her experience, biography, and aptitude for this ambassadorship as right on key. In addition to her perfect suitability for this post, we are thrilled to have a Republican Ambassador for the first time in more than eight years.

Ambassador McCourt also spoke of her uncle’s ultimate sacrifice to France during WWII, where he lost his life in the US Armed Forces. This event has played a special role in her affection towards France.

As two women who have co-founded the Republicans in France organization, both President, Ms. Gina Hunt, and Executive Vice President, Mrs. Anntoinette Lorrain, are particularly grateful to know that Ambassador McCourt genuinely fosters the cultivation of women’s endeavors. Ms. McCourt is a teacher and mentor of women and taught a class at UCLA’s Anderson School of Management for several years titled “The Pursuit of Leadership: A Female Perspective.”

The whole team of Republicans in France warmly welcomes Ambassador McCourt and looks forward to pursuing a close relationship with her.